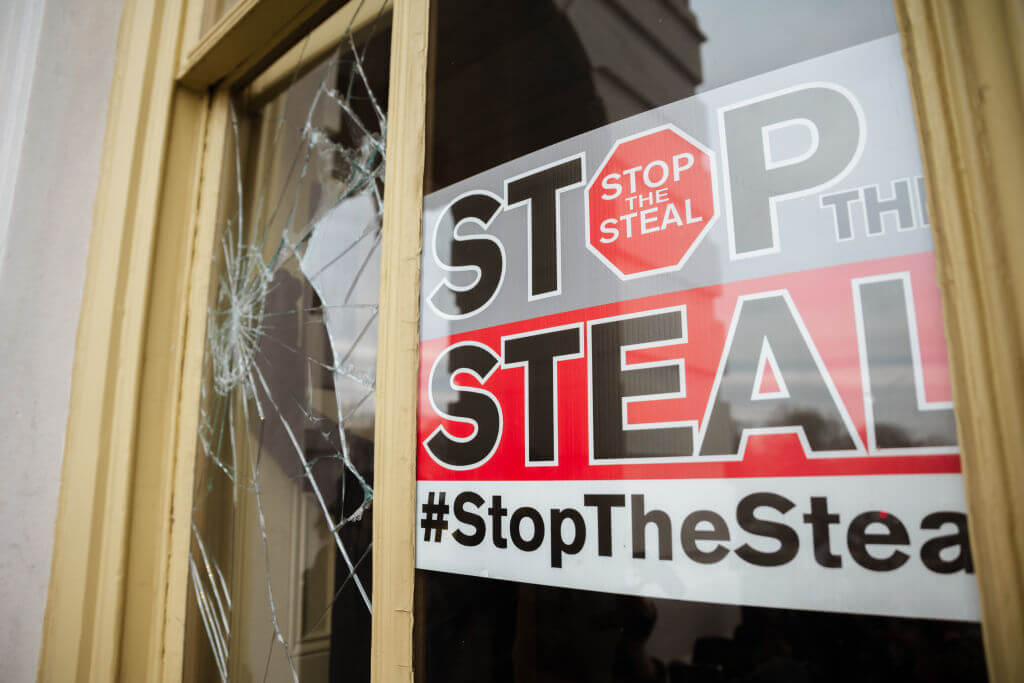 At first, it sounds like the typical mysteries associated with regulating gas and electric utilities: The Maryland Office of People’s Counsel (OPC) intervened last week in a case before the Federal Energy Regulatory Commission (FERC) dealing with industry trade associations.

But the case of the OPC, the state agency that represents consumers in legal affairs and regulatory proceedings involving public services, addresses several high-profile and very topical issues, including climate change, the insurgency of the 6 January at the United States Capitol and political corruption. .

At its most basic level, the OPC seeks to prevent electric and gas utilities from passing the costs of their political activities, including high professional association membership fees, onto their taxpayers.

Lapp said that utilities’ current reliance on fossil fuels and the support of powerful business groups, including the Edison Electric Institute and the American Gas Association, to the political arguments put forward by the fossil fuel industries, are particularly troubling.

“In the past, trade associations have funded efforts to deny climate change and thwart policies to reduce greenhouse gas emissions, and customers have paid for these efforts,” he said. “It must stop.”

The OPC filing last week was in support of a petition that the Center for Biological Diversity filed with FERC in March, asking the agency for rule changes which now result in automatic payment by customers of trade association dues and which bar consumer advocates – such as OPC – scrutiny of spending by business groups. The proposed changes to FERC’s accounting rules would render professional association dues unrecoverable unless the public service demonstrates that they benefit clients.

“It’s time to stop forcing people to support anti-environmental business groups that are blocking the urgent transition to clean energy,” said Howard Crystal, legal director of the Energy Justice program at the Center for Biological Diversity. “Often these groups work directly against the clients’ own interests.”

But the Center for Biological Diversity also links the Edison Electric Institute to the Jan.6 riot on the U.S. Capitol, noting the business group’s financial support to the Republican Attorneys General Association, which the Associated Press says has launched robocalls urging his supporters to attend the “Stop the Steal” rally that preceded the capture of the Capitol.

Less than a week after the insurgency, the Energy and Policy Institute, a renewable energy support group, reported that professional associations and utility policy action committees have donated more than $ 6.8 million. dollars over the past three election cycles to the 147 Congressional Republicans who voted in favor of President Trump’s efforts to overturn the 2020 election results.

Lapp said that in 2020, utilities owned by Exelon (in Maryland these are Pepco, BG&E and Delmarva Power) reported paying $ 1.233 million for “industry dues,” according to FERC documents. This amount is recovered from all Exelon customers in Maryland using FERC approved freight rates.

Lapp said the OPC has yet to compile statistics on contributions that other Maryland utilities and their parent companies have made to trade groups.

“We don’t know what political efforts clients can fund currently through membership fees from professional utility associations,” he said. “Customers should not pay membership fees for political advocacy or other activities that do not support their public service. “

Consumer protection agencies in the states of California, Illinois, Michigan, Nevada, Ohio, Oregon and Wisconsin also intervened in the Center for Biological Diversity case with FERC against utility companies. But utilities, unsurprisingly, oppose efforts to change accounting rules, and they argue that taxpayers benefit from their membership in industry trade associations.

In a filing in response to the Center for Biological Diversity case, Exelon warned that without trade associations serving as an intermediary, energy companies might not be able to cooperate on critical functions such as dispatching linemen. in areas where the power is off, or on strategic issues such as how to deal with cyber attacks.

“As the electric power industry faces difficult technical and economic challenges ahead, including cybersecurity and the integration of offshore wind and distributed energy resources, trade associations and trade association staff will play a role. important in working with members on education and policy coordination, ”the company’s six-page brief read.

In an email to Maryland counts On Tuesday, Mark H. Durbin, senior consultant at FirstEnergy Corp., the parent company of another Maryland utility, Potomac Edison, said, “Membership in trade associations offers benefits to clients as well as services. public. He added that while FERC’s existing accounting rules allow the costs of trade associations to be passed on to consumers, taxpayers generally do not pay for political activities and lobbying.

The brief filed by the OPC last week also mentions a recent political scandal in Ohio that toppled House Speaker Larry Householder (R). Householder was expelled from the legislature in June after being arrested along with four political operatives in July 2020. They were indicted in a federal criminal complaint for accepting $ 61 million in bribes from a subsidiary of FirstEnergy to get a $ 1.5 billion nuclear bailout from taxpayers.

The OPC brief argues that the corruption case highlights the reasons why taxpayers should not be held accountable for the political activities of public services. In the aftermath of the scandal, FirstEnergy last month agreed to pay a criminal fine of $ 230 million under a “deferred prosecution agreement” with federal authorities.

Earlier this summer, the Maryland Public Service Commission, which regulates utilities, said it would, at the OPC’s request, launch an investigation into the impact of the FirstEnergy Corp corruption scandal. on Potomac Edison, the electric utility of West Maryland,

“Potomac Edison customers deserve to be assured that they have not been and will not be affected in the future by the improper conduct of outside owners of their utility,” said Lapp.