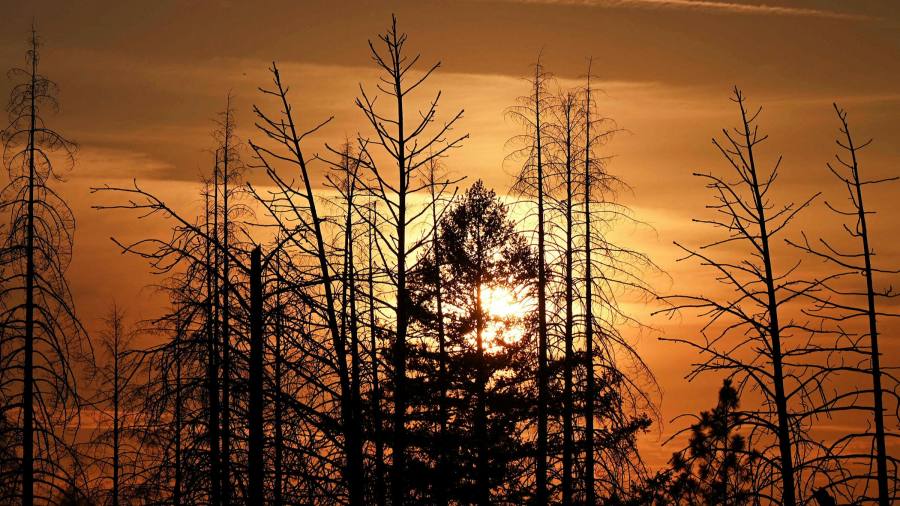 Sign up for myFT Daily Digest to be the first to know about oil and gas industry news.

The oil and gas industry is stepping up its lobbying efforts to water down looming rules that mandate climate change disclosure, a sign of corporate resistance to a new, tougher US environmental regime.

Lobbying reports show a greater twist of arms at the Securities and Exchange Commission, both by individual companies and industry groups, as the regulator drafts mandatory climate-related financial disclosures. Some companies are coming to the SEC for the first time, according to Senate lobbying disclosures.

Gary Gensler, chairman of the SEC, recently said he wanted the agency to present its proposals for mandatory climate reporting – intended to provide investors with consistent and comparable information to assess business climate risks – by the end. of the year.

Refiner Phillips 66 and oil services group Baker Hughes this year began pressuring the SEC for the first time, according to reports. Both groups have listed climate disclosures as their only problem lobbying the SEC.

Others – including ConocoPhillips, the world’s largest independent producer, and the US wing of UK supermajor BP – have resumed pressure on the SEC this year after walking away from the agency for seven and five years. respectively.

Business groups have also stepped up their lobbying efforts.

“We have and plan to have more conversations,” said Stephen Comstock, vice president of corporate policy at the American Petroleum Institute, the industry’s most powerful lobby group in Washington. “The dialogue is good and the questions are solid. So I consider them valuable conversations for sure. “

The API has said it wants the SEC to save companies from having to report climate disclosures in 10,000 annual reports where the legal liability is greater for them. He is also concerned about the practicalities of reporting indirect emissions – those from the combustion of fuels by customers.

Gensler said the SEC was weighing on whether to require disclosures about these so-called Scope 3 shows.

“To properly address liability considerations,” any new climate-related disclosure should “not be filed” in regulatory documents, Oil Major Chevron said in a June letter to the SEC.

BP also said in a letter to the regulator that new rules should allow companies to determine the most appropriate methodology for calculating emissions from their own operations. The company said in a statement that it is supporting the SEC in adopting new disclosure requirements for climate change.

Energy is the world’s essential business and Energy Source is its newsletter. Every Tuesday and Thursday, straight to your inbox, Energy Source brings you essential information, cutting-edge analysis and insider intelligence. Register here.

President Joe Biden has vowed to treat climate change with a sense of urgency. In May, the president asked Janet Yellen, Secretary of the Treasury, to work with other members of the Financial Stability Oversight Council, which includes the SEC, to explain how they plan to “reduce risks to financial stability.”

Gensler is also under pressure to provide US rules on climate reporting ahead of the United Nations climate change conference, known as COP26, in November.

Oil and gas lobby groups argued that the SEC risked deviating from its mandate if it needed climate information that was not deemed “important” to investors.

The materiality question would underpin any potential corporate-funded lawsuit to stop climate rules once the SEC finalizes them, sources said. The API previously sued the SEC to stop regulations targeting oil and gas companies.

Lobbying by the oil and gas industry to water down SEC rules comes as these companies rush to portray themselves as environmentally friendly amid the boom in environmental, social and governance investments.

“It would be disappointing to learn that companies that claim to be self-proclaimed leaders in the fight against climate change attempt to block common sense disclosure rules on this same issue,” said Andrew Logan, senior director of oil and gas. at Ceres, a non-profit organization that coordinates investor climate action.

“There is a critical need for the SEC to establish very basic guidelines requiring companies to disclose their issues in a standardized manner.”

Are you curious about the FT’s commitments to environmental sustainability? Learn more about our scientific goals here